Before the current version, I’ve been trying to prototype ASCII-d using different languages/tech stack, one of them is the obvious choice: Electron. Just to get a glimpse of how my idea looks in action. 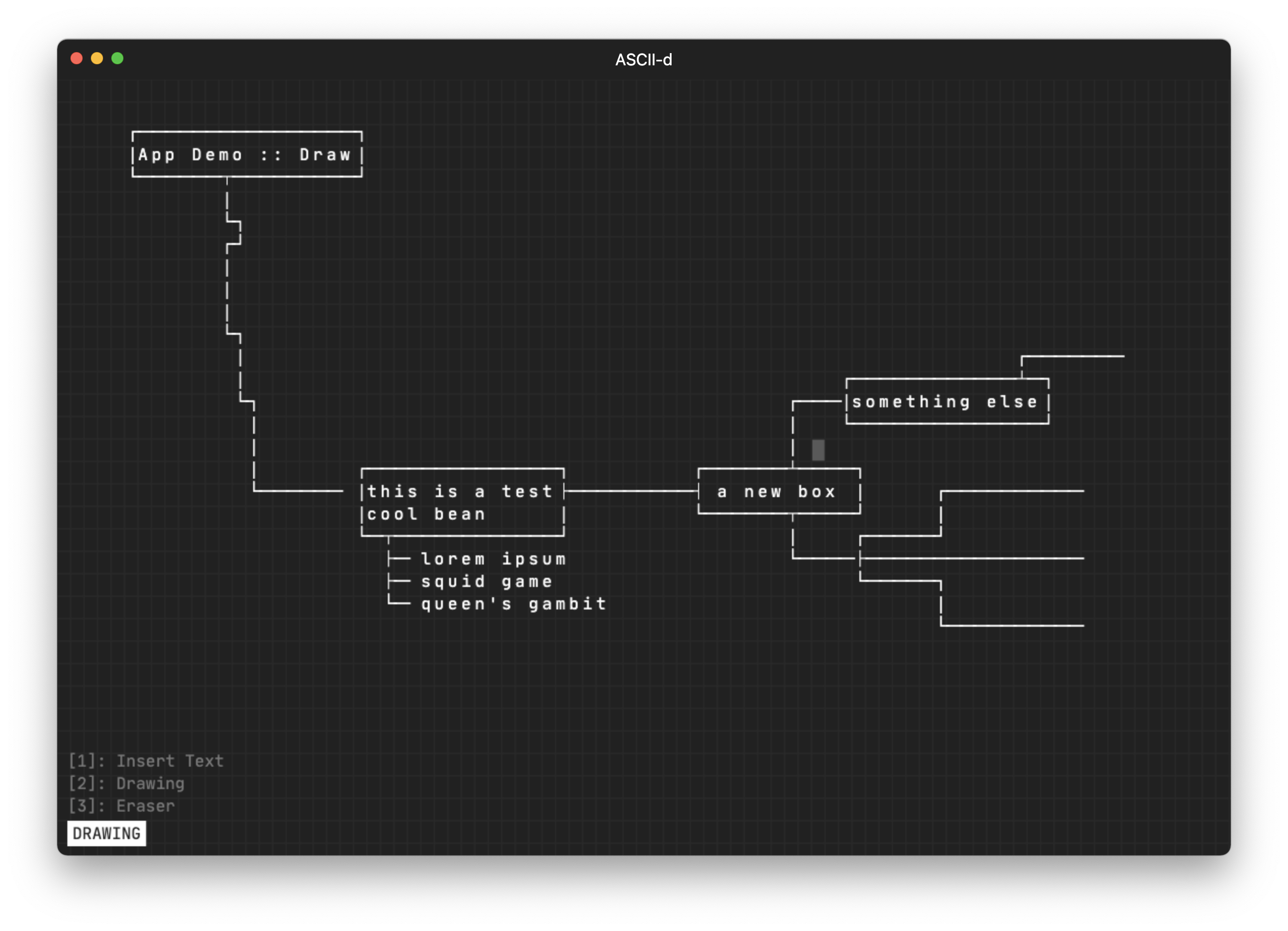 React and Electron is a great option to start a quick prototype, but long term wise, I don’t want to ship a 100 MB application that needs to spawn 5 different browser processes.

In this prototype, I got a lot of core functionalities working: Line drawing, automatic corner adjustment, text editing, … and this helped me foresee a lot of problems when I actually start making ASCII-d happen for real (in Rust).

Prior to ASCII-d, I worked on a Terminal Emulator using Rust and WebGPU, so, reuse this stack seems like a natural decision. With the help of wgpu_glyph, text rendering — the core of ASCII-d, since everything is just text, rendered on a grid, made easy. But building GUI app is not just text, and there are a lot of manual handling when using WebGPU that I don’t like. So, here come my next option: Druid.

Druid is a very efficient framework for building GUI app in Rust. With a lot of built-in widgets, flex-based layout algorithm and the most important: The ability to let me control every single pixels if I decided to build a custom widget! Everything sounds like it’s a destined choice for ASCII-d! 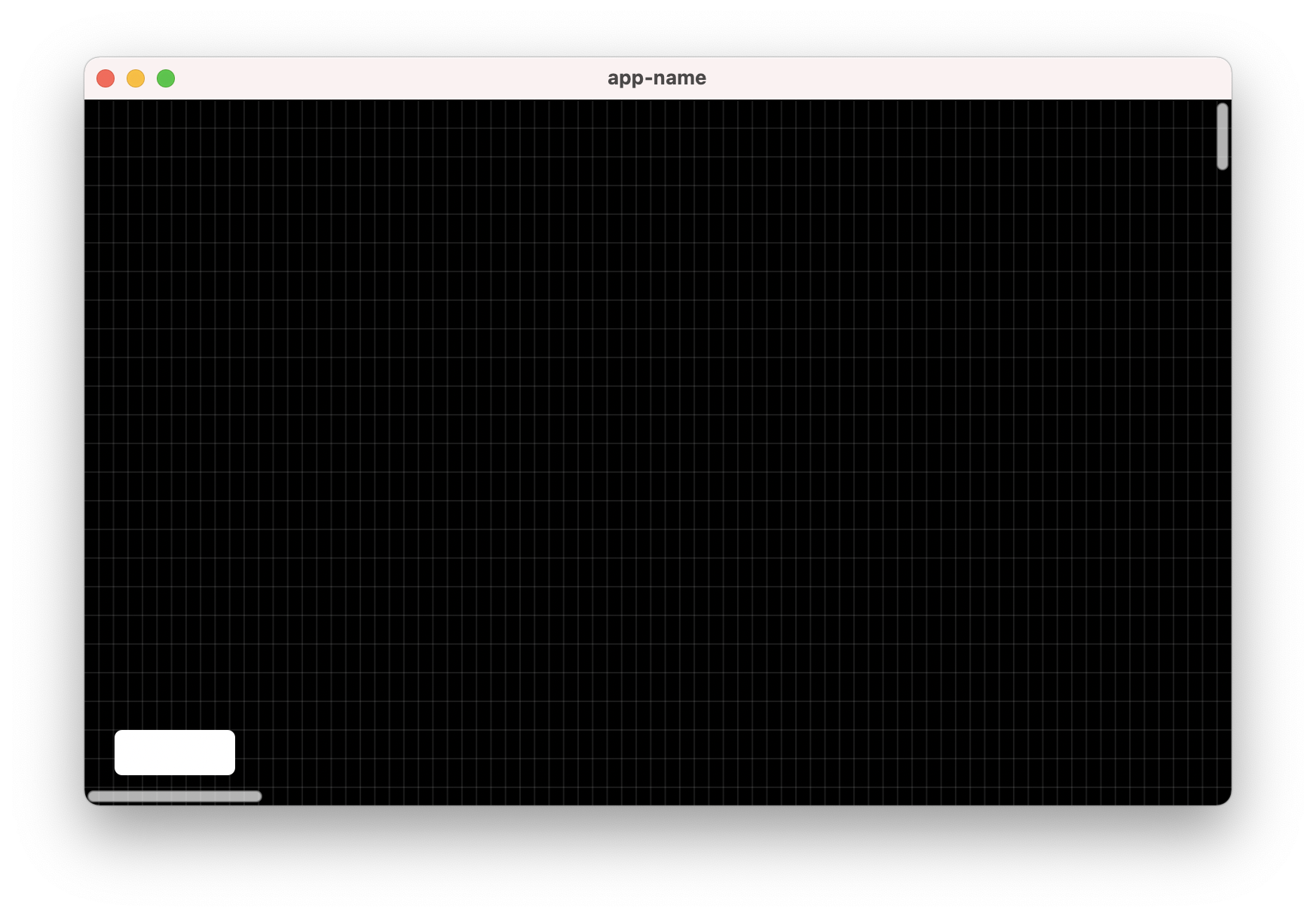 Suddenly one of the stretch goals from the initial plan — unlimited canvas, solved for free! With the help of Druid’s Scroll Widget!

Well, there are some downsides of choosing Druid too. First, text rendering mechanism in Druid is not as flexible as using wgpu_glyph. You’re required to recalculate the layout every time you want to render some text on the screen, which is unnecessary in my case. I’m rendering each character individually on the grid, so no layout calculating needed!

Another thing, Druid development seems heavily focused on Windows currently — and I don’t develop on a Windows machine! A lot of MacOS specific features are still WIP. For example, in most of the Rust GUI ecosystem, people using winit for window handling. Druid uses its own window handling library. Many of the problems are solved in winit but for Druid we have to wait.

Anyway, it's still a good choice for applications like ASCII-d. So let just use it.

That’s it for today, see you on the next update!