React Reconciliation is the tree diffing algorithm that React used to update your application’s DOM tree between renders. The existing algorithms◹ do this in O(n^3) time, with n is the number of nodes in the tree, which is not great.

React implements an O(n) time diffing algorithm based on some assumptions:

Every time a component updates (on state or prop changes, insert or delete a children node,…), the render() function will be called, the output is a render tree containing all the DOM elements created by your component and its children.

If React just replace one render tree with another on every render, it would be extremely slow, so it needs to have some sort of diffing algorithm to compare and generate the minimum number of operations to transform one render tree to another.

The way the algorithm works is:

The reconciliation algorithm cannot tell the difference between the two render trees if the child elements are just re-ordered. For example, if you insert a new element in the middle of the list, the algorithm will see every element from the inserted position as an updated node: 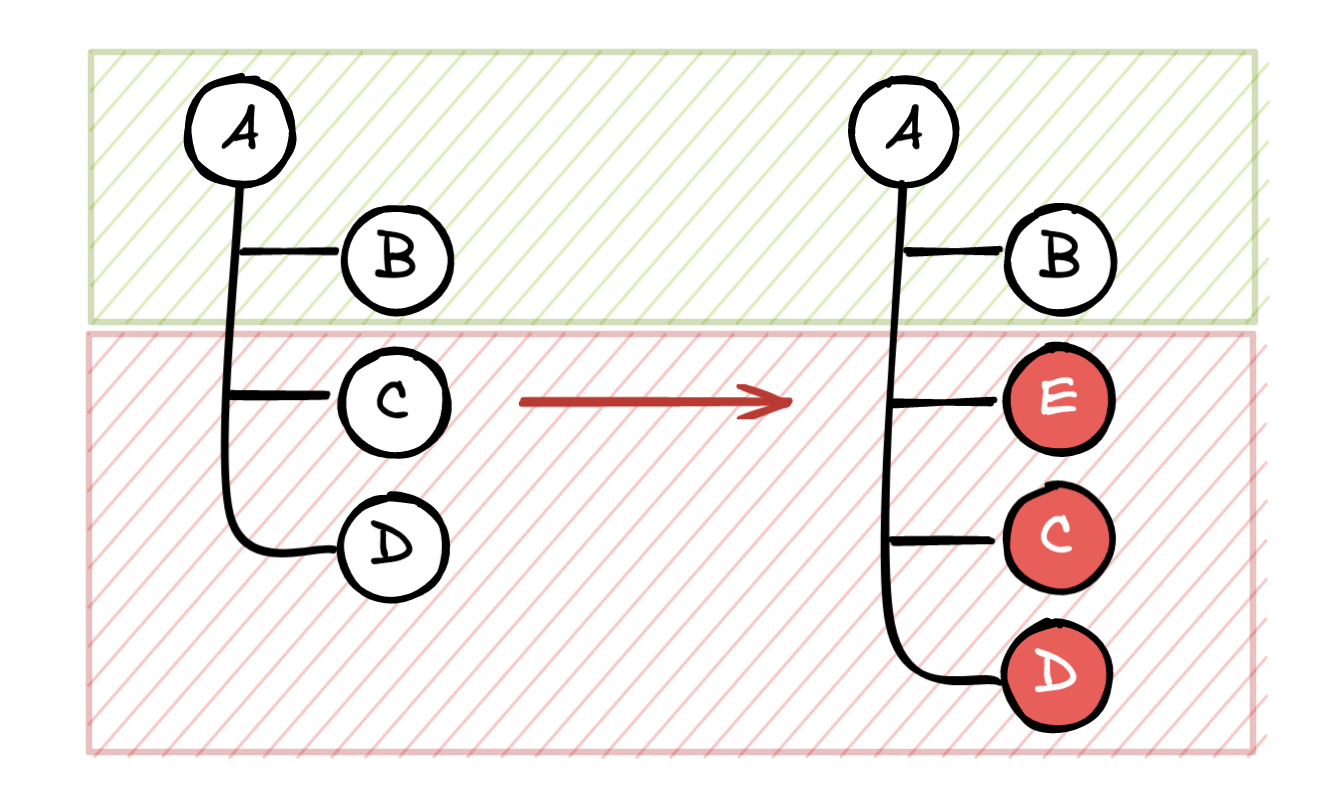 In this case, adding a key property into each element will help the algorithm determine if a node is unchanged or not during the update. 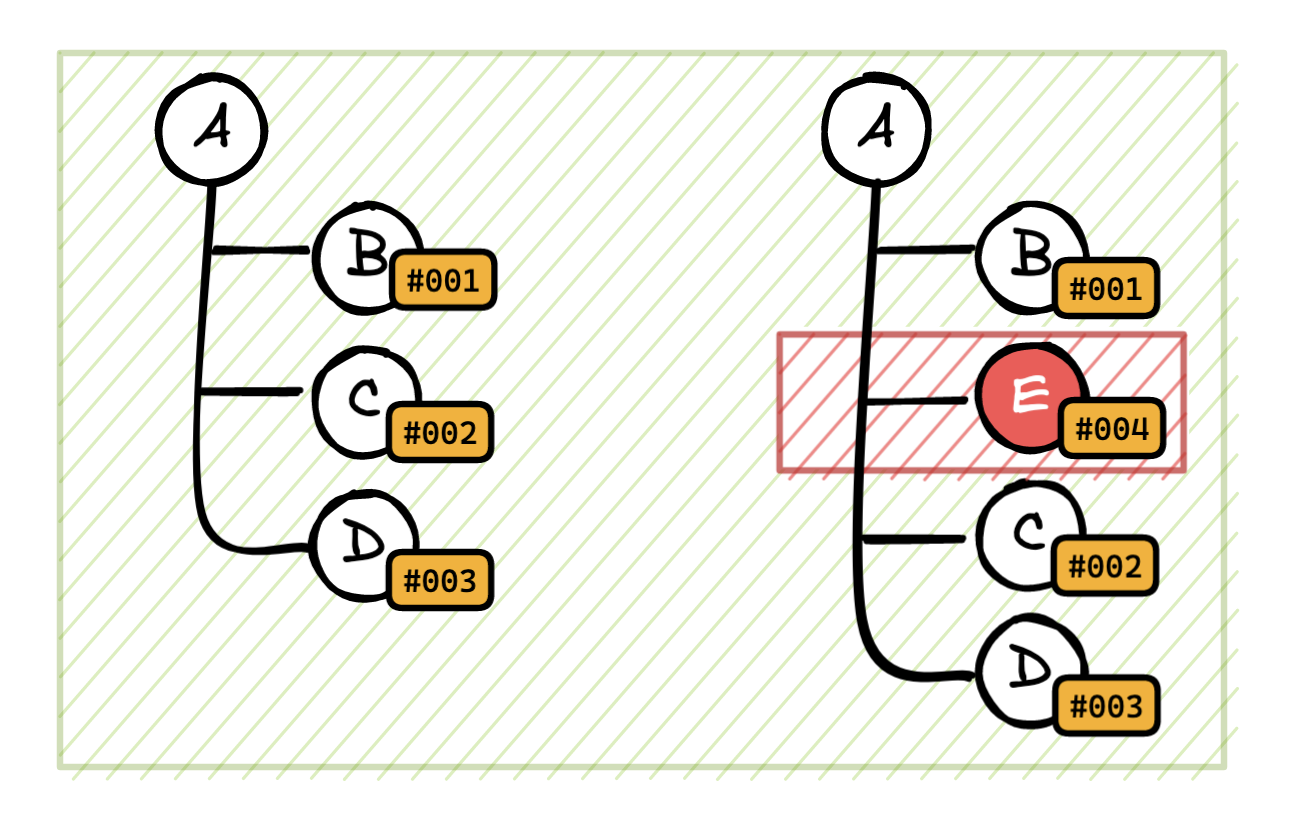 Keys need to be unique in the same subtree and should be stable and predictable, for example, don’t use random ID. Be cautious if you use an array index for the key, otherwise, you risk the same re-ordering problem.

It’s important to note that, the current algorithm will not try to match two subtrees if they are of different component types, even if they produce the same DOM tree.

In the above example, components A and B render to the same HTML content. But changing the property isA will always replace the whole App’s DOM tree because they are two different components.